We are  Netanel and Dikla  Nickalls 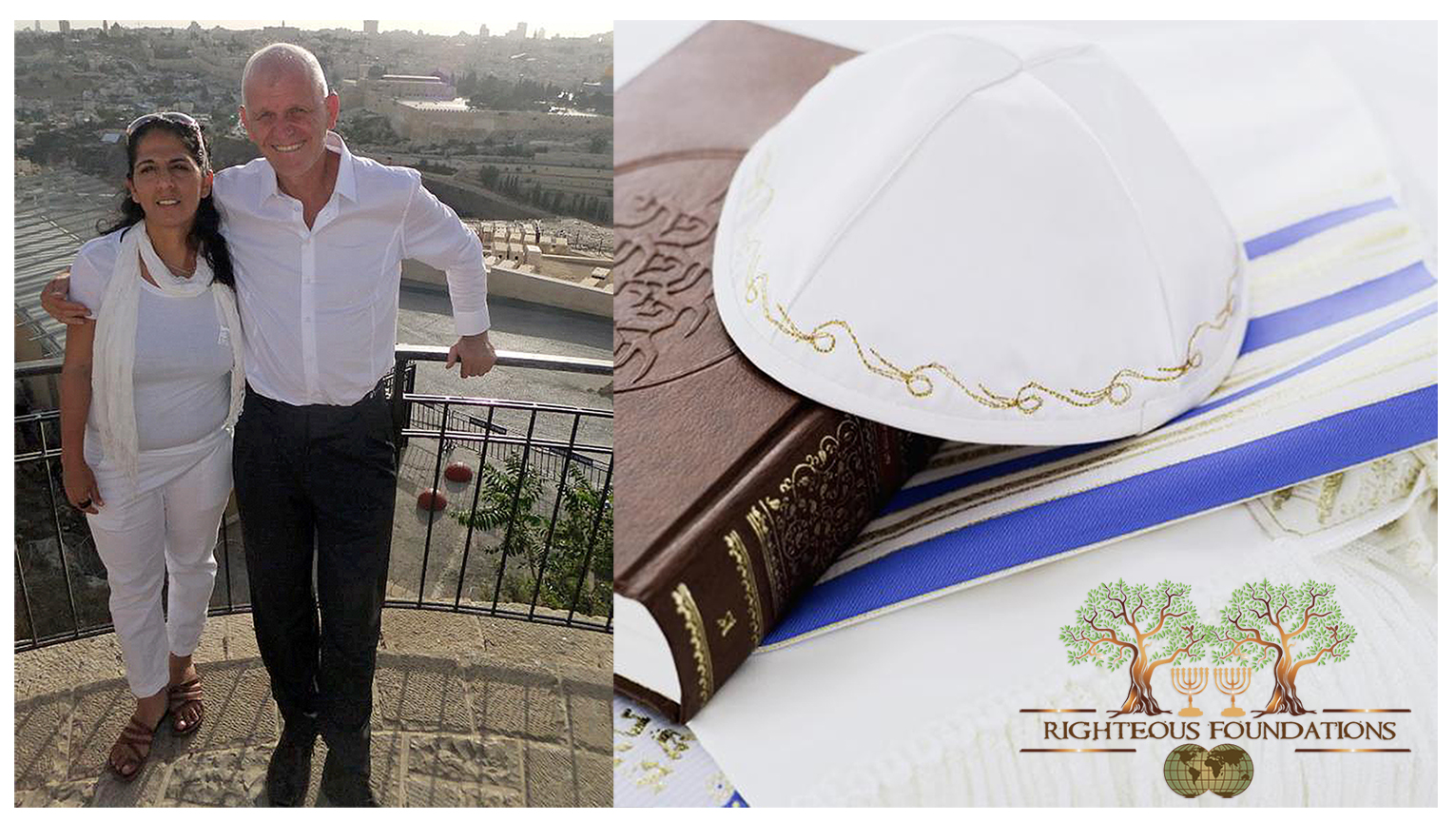 Welcome to our site! We encourage you to take some time to read this page to get to know us and to fully understand how the site works.

My wife and I are Israeli Jewish believes in Yeshua (Jesus). We have nine children (seven girls and two boys).

The Palestinian birth rate is the highest in the world, 7.3.

The Jewish birth rate is 2.7; well at least it isn’t our fault! 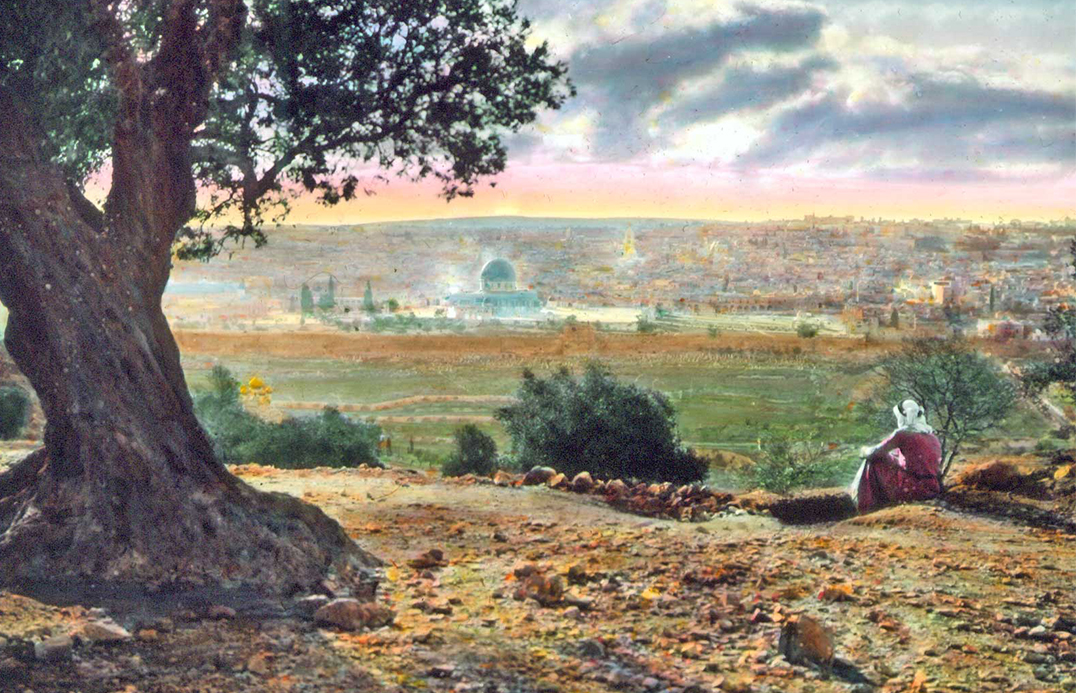 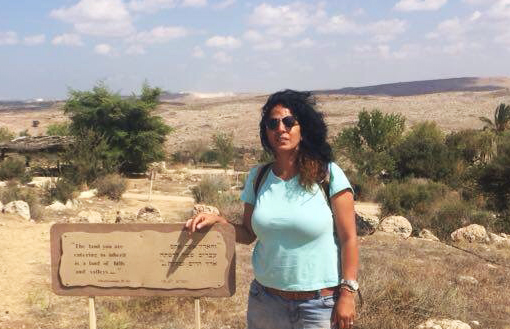 My wife was born in Israel. Both her parents’ families were forcefully thrown out of Morocco and Tunis when Israel was declared a nation in 1948.

They immigrated at the age of 3 and 5 years old to Israel.  Their families arrived with just the clothes they stood up in. Dikla grew up in the North of Israel and served in the Army before meeting me.

I immigrated to Israel in 1987, met Dikla and led her personally to faith in Yeshua and got married. (My first Israeli convert)

GOD IS GIVING DIKLA BOOKS AND MUSIC TO WRITE. My family escaped from Poland in the pogroms of 1870’s and were refugees driven from country to country eventually arriving in England and New Zealand, where I was born.

Jesus appeared to me at the age of three. I planned many times to immigrate to Israel in my youth. At 20 years of age, I felt an emptiness so deep I didn’t see any meaning to life, although I had everything a young man would want.

I didn’t know any active believers in Yeshua. I decided to search for myself and find the truth. I walked into a Presbyterian church. Only after attending 6 months, did I find out Jesus was punished on the cross for me. The words pictured perfectly for me the Yom Kippur scape goat that boar the sins for the nation of Israel. Everything in one second became clear to me. The youth around me saw such a transformation they also came to faith.

After finding a healthy church to grow in, it was evident that the Lord Jesus was calling me to immigrate to Israel. I immigrated with the Jewish agency in 1987 and was based on a Kibutz for three years. 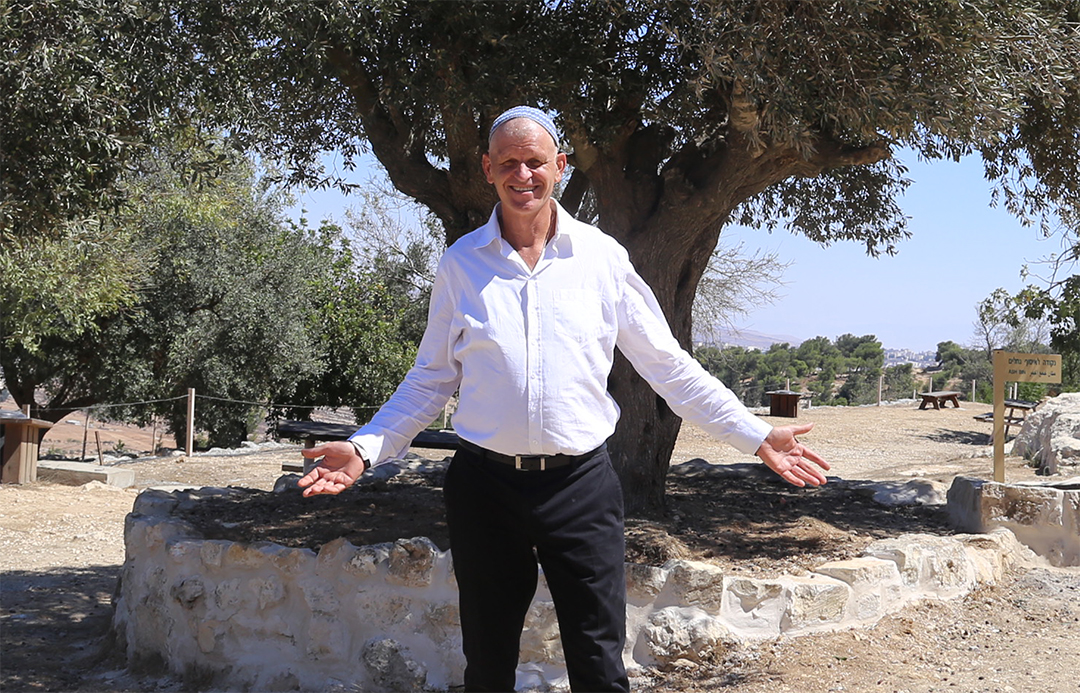 In my pursuit to understand the Word of God, I studied Hebrew and Semitic languages with the best teachers in Israel. This has enabled me to give the gospel in Hebrew to thousands of secular Israeli’s, using only the Old Testament.  My heart is to give the gospel to Orthodox Jews and this currently is my focus.

Is not this the fast I choose: To release the bonds of wickedness, to untie the cords of the yoke,

to let the oppressed go free, and to tear off every yoke?

Is it not to share your bread with the hungry, to bring the homeless poor into your house?

When you see the naked, to cover him, and not hide yourself from your own flesh and blood?

Understanding my Style of Teaching

The traditional Jewish way of learning is very different to the Western approach. My teaching very often refers to the original Hebrew text and to the cultural background in which the text was written.

A good example of this is the Jewish way of embracing both sides of an ‘argument,’ if there is valid substance to both. I was trained to do that; it is a lifestyle within Jewish culture.

For example…The early Jewish church had no problem in accepting that Yeshua was both man and God, but, when false doctrines began springing up in the Gentile church, one of the more serious arguments was “Jesus is either a man or God; he can’t be both.”

In Early Jewish writings, it was clear that Jews readily accepted God as being more than one entity.

On the one hand, there is the Hebrew word “Memra”…meaning ‘the bigger God that no man can see face to face,’ as in Exodus 33:20 when God states that “…no man can see me and live”.

In the same chapter, it is written: “Thus the LORD used to speak to Moses’ face to face, as a man speaks to his friend.”

Jews never tried to understand this seeming contradiction, or tried to label it; they just taught there was a part of God that talked and communicated with man and a part of God we couldn’t see.

The Gentiles came up with the unbiblical term “Trinity” and Jews eventually responded by running in the opposite direction!

I, personally, in many of these types of issues, embrace both sides of an issue that seems to have this sort of ‘contradiction’ or ambiguity. For example, I would say that ‘election’ is a choice made by man and that God has also chosen.

Another issue is the belief for some that ‘once saved always saved,’ while others say that it can’t be just a one-time decision and we must “work out our salvation” (Phil. 2:12) according to the Word.

This is an issue that can cause great consternation and often conflict among believers. I would embrace all of what Yeshua said at two different times: “those who overcome will not be blotted out of the Lambs book of life” ( this infers a process) “For by grace are you saved, through faith” (not of ourselves or anything we could do!) I accept the understanding of both…concerning our salvation and a process. One does not exclude the other. There are many other verses to support both. When I go back to the original language, a lot of what happened in the past (our choice and decision to accept Yeshua) concerning our salvation is actually in the present and a process, so I point this out. If you say to me “we are saved” I will agree with you and if you say to me “We must overcome” I will also agree with you. My passion is the word of God the way God intended His Word to be read.

I was present a few years ago when a group of Hebrew scholars was creating a new, modern translation of the New Testament in Hebrew. Not one of these men could converse with me in modern Hebrew (apart from a few words) and not one of them was Jewish with a rich understanding of the Jewish cultural background. How could they fully and correctly translate the scriptures into Hebraic understanding?

I have had many discussions with writers of modern translations. Here is another clear example of a verse I challenged.

In Hebrew, this same text reads “You have purchased my kidneys.”

In the Hebrew, this verse is neither obscure nor can there be an argument against it. As in this case, you can’t possibly argue with anyone that the verb in the above verse is not “Purchased” and the common noun actually is “Kidneys,” not “inmost being.”

One need only approach a five year old Hebrew speaker who will understand these Hebraic premises of my style of teaching.

Please consider this portion of scripture:

Yeshua said “I am The Vine of Truth” John 15:5 This is the better translation from both Aramaic and Hebrew; it is translated “the true vine” in most English Bibles.

The Church, the Body of Yeshua, should be like a vine. The gnarled wood of the vine is not used to build houses and furniture; the church isn’t about having fancy buildings. The nature of the vine is to reach out and climb over obstacles…a living organic thing…this is what the Body should be – not concerned with outward grandeur. The Church’s beauty is in the inner man of the heart, not outward adornments

Why did Yeshua not say “I am the fig tree and you are the branches? The fig tree would not convey the understanding He wanted us to have.

The true vine-bearing Christian, manifesting the life of Christ, climbs over these walls. Everywhere we walk we find believers in Christ shut up between some kind of walls.The vine is a climber; it clings to things as it grows and moves.

Those who bear the life of Yeshua climb, cling and commit themselves to every culture and denomination which understands what it is to be born from above, spreading the fragrance of Christ. We break the dividing wall of Jew, Muslim, Greek and Gentile. We manifest the “One New Man” in Yeshua.

Are you in a culture box or a theologically correct box? Don’t limit God to just moving within your four walls. The way to get someone out of their narrow way of thinking is to connect them to the Vine. Those connected to the like supply of God can climb over these walls and love those within. Those within their walls lack the life of the Vine. Unity comes through the life of Christ as this life breaks through all barriers.

I am very careful to separate my personal opinion and theology from fact.

I am more than qualified to translate and my passion is to present to you the truth of the Word that I so much love and treasure. If you come across some teaching of mine which you find hard to digest, I would encourage you first to embrace what the original language is saying, and, secondly, to put it on the shelf (not totally discard it!) and pray about what you don’t understand, as you could very well be throwing away a pearl.

Giving to Reach the Jews First

We thank you in advance for obeying the lead of the Holy Spirit and for sowing into the ministry that the Lord has given us.