Posted on October 20, 2018 by Netanel in Uncategorized, Understanding Orthodox's way of Thinking
read more
Posted on August 8, 2013 by Netanel 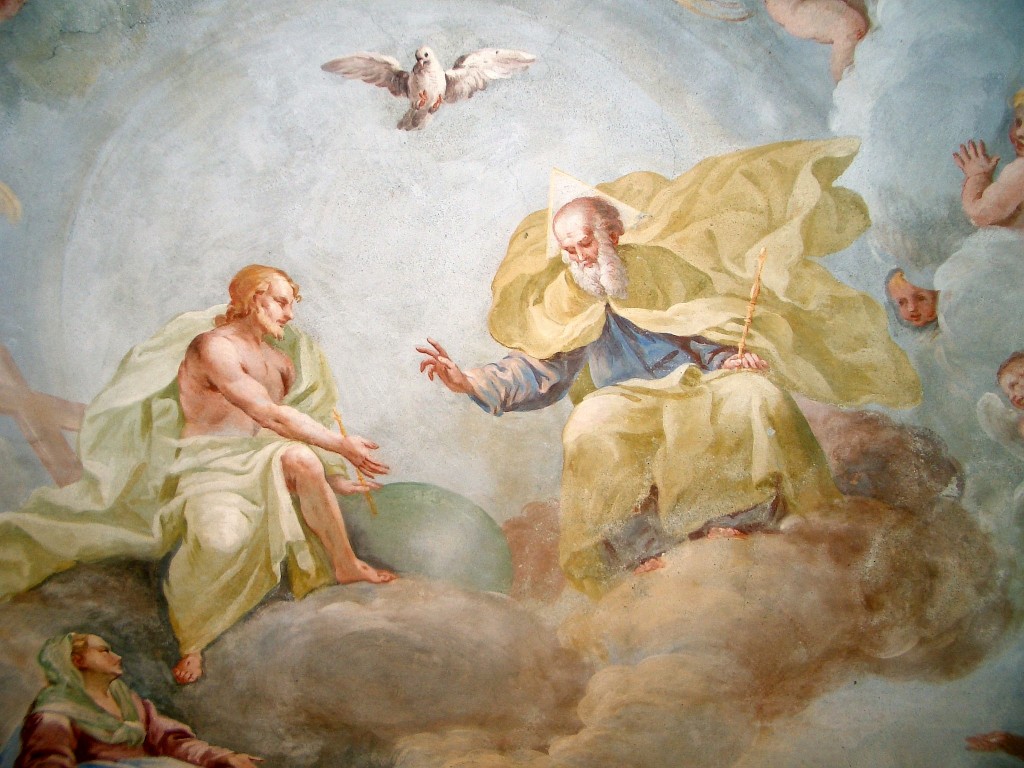 “YHWH our God is one!” How do Rabbis address this issue?

Ibn Ezra developed an explanation as to why God speaks in plural form in several places in the bible, most rabbis have accepted his view.

They say that the use of the plural form in reference to God is the ‘plural of majesty’, which kings and noblemen were accustomed to use in speech. This is called “pluralis majestatis). 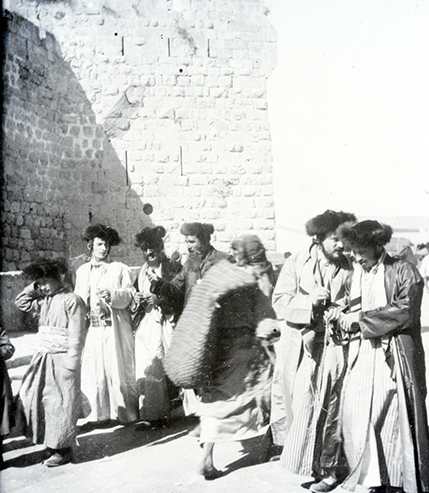 Here is an excerpt from an article of one of Israelis leading Newspapers. In order to pray for the Orthodox, you need to understand their way of thinking. We see a lot of articles in the Hebrew newspapers similar to the one I pasted below, but very rarely in the English newspapers.

The neighbourhood of Meah Sharim has become a lawless no-man’s-land. It’s part of the ultra-Orthodox community’s process of radicalization. But there’s no reason for radicalization to lead to unrestrained violence. These are not isolated excesses – large crowds take part in the incidents. Mea She’arim is ruled by the rabbinical court of the Eda Haredit, the extreme ultra-Orthodox group that could stop the riotous behaviour if it wanted to. But it doesn’t want to.

The violence is encouraged by the police’s kid-glove policy and fear of a full-scale confrontation with the ultra-Orthodox. Quite often, instead of facing off with the rioters, the police simply close off the neighbourhood. There are daily attacks on soldiers, police, technicians and bus passengers without a clear response. The locals realize that Israeli law does not apply to them. They are immune to punishment.

What are the strongholds Ultra Orthodox trust in?

Here it is one:

“A wise man scaleth the city of the mighty, and casteth down the strength of the confidence thereof”. Proverbs 21:22

NIV “One who is wise can go up against the city of the mighty, and pull down the stronghold in which they trust”.

Judaism’s Strongholds
Judaism has strongholds which are in their minds and thoughts barriers that block revelation of the truth. The greatest stronghold is that ‘The Rabbis’ interpretation of the Torah is infallible. When proving to an Orthodox that Yeshua is our beloved Messiah in scripture they always answer, “How can you be right and all our wise famous Rabbis be wrong?” Here is one example I use to bring down this stronghold in their minds.

“Rabbi Akiva in 132 ad proclaimed that Bar Kochba was Israel’s Messiah, do you think he was right?” They always answer rather sheepishly, “He was wrong” Then I make this statement, “Rabbi Akiva more than any other man that ever lived was responsible for the Talmud and the interpretation of scripture which you study and believe today. Is it possible that he made other mistakes?”

How Ultra Orthodox prepare for the Messiah

They believe that by learning the mystery of Kabbalah are preparing their hearts for the coming of the Messiah. A young Orthodox we know was so frightened that the Messiah would come and he wasn’t prepared. Many Orthodox have the same fear.

We prepare with love and good works; their preparation is intellectual and mystical.

Why doesn’t the Jewish Orthodox movement recognize the state of Israel?

Why doesn’t the Jewish Orthodox movement recognize the state of Israel? Why is the State of Israel diametrically opposed to the Torah?

Orthodox Jews do not recognize the state of Israel! They view it as Zionism against Judaism. The Orthodox are against the Zionistic movement and the “State of Israel” because they claim it to be diametrically opposed and completely contradictory to YHWH’s revealed word in the Torah.  Here is a quote of the Rabbis:

“Because of all of this and other reasons, the Torah forbids us to end the exile and establish a state and army until the Holy One, blessed be He, in His Glory and Essence will redeem us.”

I can completely understand their reasoning. The Law (Torah) clearly states that if we break YHWH’s law we will be scattered amongst the nations and the only way back to the land and blessings is national repentance.

The Zionist movement, which brought the Jews back to the land of Israel (immigration or Aliyah) from 1882 until now, has not at all been based on repentance and turning back to God. Here are a few quotes from Newspaper articles and the links to the full articles:

“Although there are those who refuse to accept the teachings of our Rabbis, and will continue to support the Zionist state, there are also many who are totally unaware of the history of Zionism and its contradiction to the beliefs of Torah-True Jews.”

Let it be known that:

This is an interesting YouTube video: Thousands of Orthodox Jews protest Netanyahu and the State of Israel.

“The rabbinical authorities had led the Jewish communities of the world for nearly 2,000 years. The rise of Zionism was a distinct threat to their authority and their teachings.”

The religious control marriages in Israel and the rules are very strict. Young Israelis under certain circumstances are forced to go overseas to get married.

(Please note these are not my views)

This subject is a little sensitive but we feel it is important for you to know.

Orthodox believe that sex is just for making babies. Once the baby is conceived they must not enjoy sex. The pharmacies in Mea Sharim sell often illegal drugs to suppress the sexual desire. They believe that sex defiles and hinders them from experiencing God and being Holy.

While statistics show the large number of Christian men are caught up in pornography, Orthodox men do everything to suppress their sexual desire. They have a special diet and pills if needed. Women have to shave their hair and wear a wig, as natural hair they consider attractive and awakens the sexual desire.

Let’s look at their scriptural basis for their beliefs on sex.

Exodus 19:15 and be ready on the third day: come not at your wifes (abstain from sexual relations NIV)

The Ultra Orthodox claim that sexual relationships disqualify us from being able to come into the presence of God. The people had to consecrate themselves to be able to stand in God’s presence by doing two things, washing their clothes and abstaining from sex.

Leviticus 16:15 When a man has an emission of semen, he must bathe his whole body with water, and he will be unclean till evening.

When a man is unclean, he can’t approach God. In this verse having sex and emitting sperm defiles a man for a whole day.

“But Onan knew that the child would not be his; so whenever he slept with his brother’s wife he spilled his semen on the ground to keep from producing offspring for his brother.”

From this verse, Rabbinical Judaism teaches that sex is just for producing offspring, and intercouse where the seed is wasted is sinful. However a man is allowed relations in order to release pressure. Even so, he isn’t permitted to enjoy. An Ultra Orthodox man must never see his wife’s body or hair. This is accomplished by using a sheet with a hole in it.

The basis of the Kabbalah is the Zohar. The Zohar first appeared in Spain in the 13th century. It is written in ancient Aramaic which was common around the second temple period.

Shimon bar Yochai, a rabbi of the 2nd century during the Roman persecution who, according to Jewish legend, hid in a cave for thirteen years studying the Torah, was inspired by the Prophet Elijah to write the Zohar.

The Kabbalah explores hidden wisdom in the Scriptures concerning the attributes of God, the Messiah, Creation, and the inherent powers of certain combinations of Hebrew letters and numbers, a system known as Gematria. 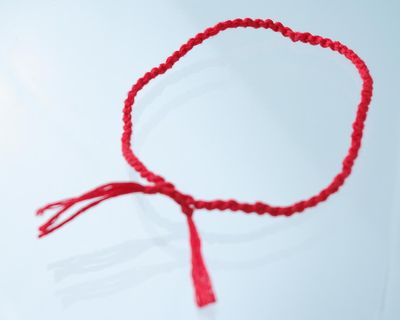 How did The Zohar develop?

The Zohar was kept secret until the 1270’s, when the first manuscripts began to circulate. Thereafter, more and more Kabbalistic works were written, and with the invention of printing they became more readily available.

After the expulsion of the Jews from Spain in 1492, many sages made their way to the land of Israel, where the city of Safed became major center of Kabbalistic learning.

The Deception of Kabbalah

The definition and history of Kabbalah

– An area of ancient Jewish tradition, based on a mystical, esoteric interpretation of the Old Testament, as a means to define God, man, nature, and the universe.

It presents methods and rituals to attain spiritual realisation.

– Evidence of mystical theory and method in Judaism are found in the 1st and 2nd centuries AD. The earliest existent book of Kabbalah is the Sefer Yetzirah.

– Kabbalah emerged in Southern France and Spain in the 12th-13th centuries, developing further in the 16th century, in Ottoman Palestine. It’s teachings from this period are found in the Zohar. They became the foundation of later Jewish mysticism.

– More recently, Kabbalah has become very attractive to New Age ‘seekers’. There is a level of Kabbalah in which the practice of magical arts is prevalent. In this, Kabbalists endeavour to alter both the Divine realm and the world (including people!).

The ‘power’ that this promises is seductive.

– In a most disturbing way, some Christians, eager to explore their Hebrew roots, have fallen into Kabbalistic teaching and have mistaken it for Biblical Hebrew thought.